The problem is that all Leopard Frogs pretty much look the same.  In fact, originally all the Leopard Frogs in North America were known as a single species, Lithobates (Rana) pipiens until biologists discovered that there were several species in this group.

Here is a photo of a Rio Grande Leopard Frog (L. berlandieri) 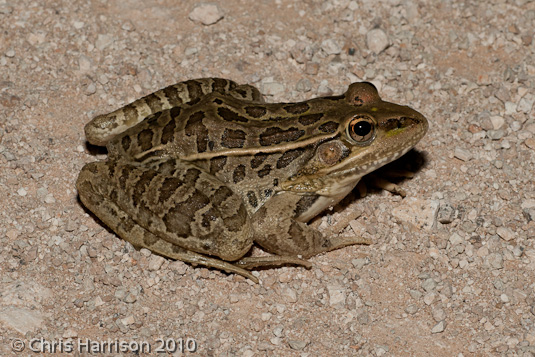 and here is a photo of a Southern Leopard Frog (Lithobates sphenocephalus). 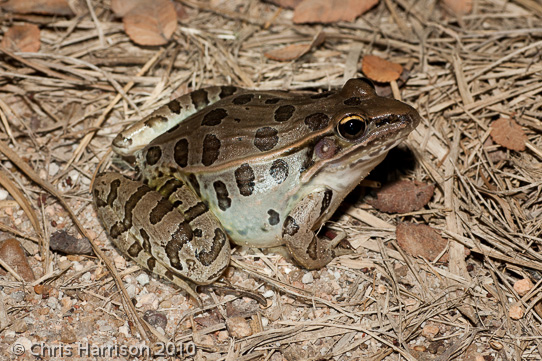 In looking at the two photos you can see that both species are spotted, "typical" frogs with pointed noses and a dorsolateral fold (raised ridge) running down each side of the back from behind the eye all the way down to the back end of the body.  The ridge stands out because it is raised and usually lighter in color (gold, white) than the rest of the body.

The body color varies in both species, although the Southern Leopard Frog is usually more green than the Rio Grande Leopard Frog.  But, either species can be green or brown or even grayish with darker spots.  The density of spots varies as well as you can see comparing the two individuals in the above photos.  The shape of the spots varies as well, but either species can have round spots or square spots or anything in between.

One physical character that can be useful in distinguishing them is this dorsolateral fold.  If you notice in the top photo, the dorsolateral fold is disrupted back by the hind legs and moved in a little towards the back.

Trying to show that on a computer screen can be tough, but I will try to "draw" it as follows.  The following paired vertical lines represent the dorsolateral folds starting at the eyes for each species (the proportional font makes the southern's fold wavy in my drawing, but it is straighter on a real frog).


The point is to see how the dorsolateral folds are "inset" near the hind legs in L. berlandieri but straight in L. sphenocephalus.  Having said that, I find this character to be less than 100% obvious in some animals.

Here's a few photos to show how much they can vary in color and spot pattern. 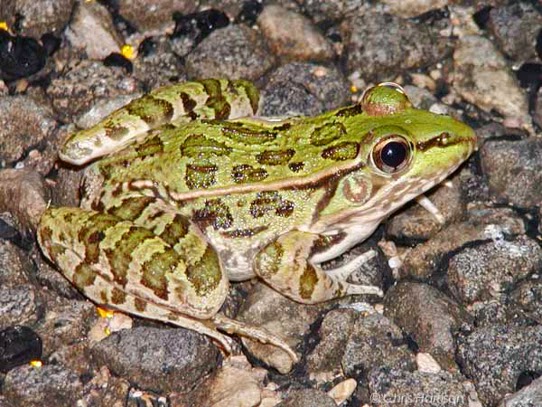 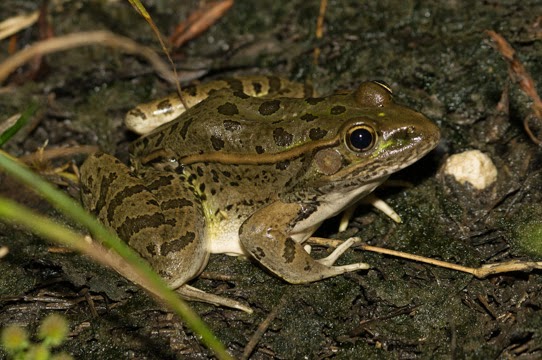 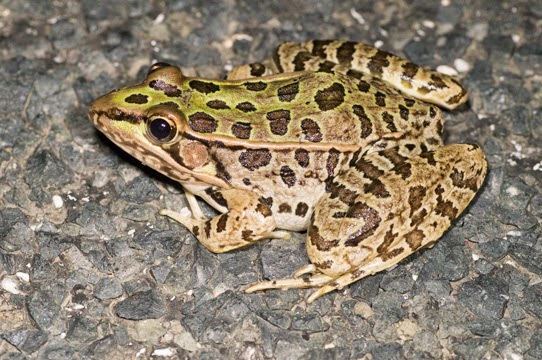 and a selection of Southern Leopard Frogs (L. sphenocephalus): 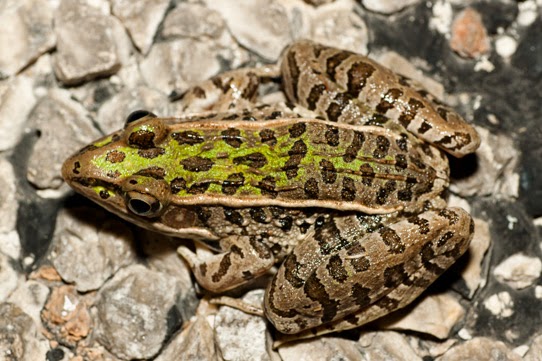 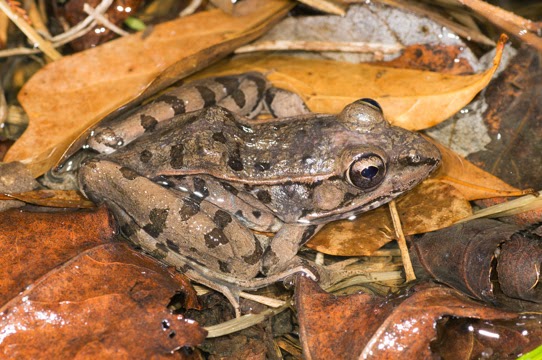 Another way to distinguish them in the field is by their mating calls.   The call of the Rio Grande Leopard Frog (L. berlandieri) sounds like a short "snore".  The snore is generally repeated twice or even three times.  Occasionally you hear sort of a "whimper" mixed in among the snores as in this recording.
Here is a group of calling Rio Grande Leopard Frogs from Kinney County, Texas in June 2014.

In December 2016, I recorded some Rio Grande Leopard Frogs north of Hondo, Texas at a lower temperature than I had normally heard them calling.  It was only 56 degrees but had rained heavily so they were calling at this shallow roadside pond (where I had recorded them several times before).  However, due to the low temperature, their "snores" were much slower and the calls were remniscent of those of the Southern Leopard Frog.

I have not recorded north of Austin to know what happens to the boundary when you start to include Lithobates blairi in the mix.

When I look at the range maps in field guides I see a large area of overlap of the two species, which I haven't observed.  I'm not sure what to make of that discrepancy other than to keep searching for Southerns west of the line and Rio Grandes north and east of the "boundary". 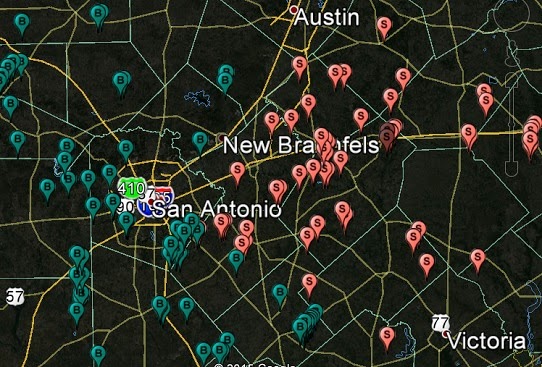